Game-based learning (GBL) is based in simulation.  A small girl feeding her baby doll is engaging in GBL as she simulates the traditional female societal role of caregiver.  Similarly, a boy playing with his G.I. Joe is simulating the traditional male societal role of warrior.  A student pilot using a flight simulator is engaged in an experiential learning environment to build skills for coping with future events.  GBL can be understood first as pedagogy and second as an application of this pedagogy within a digital environment. With these two understandings, it is possible to better understand the shifting paradigms that have influenced the development of GBL.

As a pedagogy, the shift to understand children not as less intelligent adults, but rather as learners with a unique set of needs and learning stages (Piaget, 1952) created the intellectual framework for the study of learning as a science.  This paradigm shift in education led to the formal understanding of simulation as an educational tool in academic environments, moving simulation beyond industrial applications, and advancing the concepts of gaming along with simulation.  Moreover, the move toward inclusion of andragogy in formal education (Knowles, 1998) for adults and children supported the growth of GBL as an educational platform.

As an educational tool, GBL has benefited from the development of personal computers like the Apple II and the Commodore (1977) that were integral to personal digital learning environments. The personal computer made GBL accessible to the masses beyond the well-funded and highly specialized military and aviation environments.  Marc Prensky’s (2001) work to define the digital native helped to validate digital technologies as a meaningful learning environment, therefore providing a lexicon for developing the digital GBL culture.  More recently, the development of “serious games” has led to game developers informing learning theory and the use of “gamification,” or the structuring of learning environments to imitate video games (Zyda, 2005). 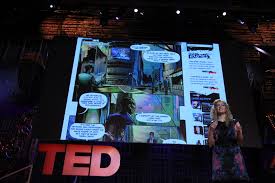 Historically, aviation, military, and health care industries have been major proponents for – and beneficiaries of – GBL  Similarly, airline passengers, civilians, and patients have benefited from improved learning at lower economic and social costs.  Other major beneficiaries of GBL are the digital gaming industry, personal computer manufacturers, and students who individually excel in experiential, as opposed to purely receptive, learning environments.

Conversely, proponents of “traditional” classroom education have opposed GBL as a threat to the status quo and a challenge to the entire system of education, including teacher training programs.  Implementing GBL into existing educational infrastructures requires significant expenditure of time and money for teachers to learn how to incorporate GBL into the curriculum.  The textbook industry and its associated product suppliers and manufacturers are included in this category of GBL opponents, as the increase of GBL threatens to erode the role of the textbook in formal education.