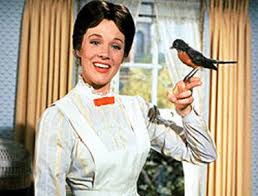 “You find the fun and snap…the job’s a game!” –Mary Poppins

Game-Based Learning (GBL) has been incorporated as a teaching strategy since antiquity, when slaves used the “cover” of spinning a top to disguise prohibited religious study.  From its subversive origins, GBL moved through the apprenticeship model of the Renaissaince and evolved to a modern teaching and learning strategy.  GBL provides low-risk opportunities for experiential learning.  The risk assessment applies here to teaching organizations and learners alike.  More broadly, GBL provides a platform for engaging individuals with multiple learning styles.

The early cultural and political influences of GBL derive primarily from  and constructivism (Dewey, 1938; Piaget, 1952).  The roots of these theories are that humans learn through sequential development where they (1) possess some heuristic or abstract representation about an idea, (2) they have some experience related to this idea, (3) they reflect on this experience, (4) and they update that original heuristic based on the reflection of their experience. These stages necessitate a first-hand learning environment where lecture is a component in a system rather than the sole form of learning. Additionally, this theory informs the learning environment design. In the digital age, Papert (1980) added to constructivism with his theory of constructionism that computer technology allowed the perfect environment for this sequential learning process, “one that helps us…learn about learning,” where personal relationships with knowledge can be created (Papert, 1980, p. 177).

GBL uses a game to facilitate experiential or hands-on learning through a narrative environment that is interactive, engaging, and reactive to the roles and decisions made by learners (Clark, 2004).  Thus, the problem that game-based learning was originally designed to solve was the lack of low-risk experiential learning opportunities for inherently high-risk enterprises. GBL, whether in-person (often led by a facilitator) or through a digital interface, are scalable, reproducible, and personalizable.

Following industrial successes, other early examples of digital GBL like “Oregon Trail” were prevalent in schools and coincided with the rise of the video game industry in the 1970s and 1980s. The success of the video game industry was source of both support and conflict as GBL and the emergence of a critical population of “digital natives” (Prensky, 2001), has created a more accepting environment for technology and games in schools.  The “digital native” community has supported expansion of GBL throughout the workforce that they now populate.  However, early in the evolution of GBL, the perception of  a game as frivolous entertainment, and concern bred from unfamiliarity among “digital immigrants”, led to conflict with increased adoption efforts.

The decreased costs of increased digital processing power, along with the development of stable, flexible game architectures, and the development of a critical base of knowledge among game designers has supported the contemporary climate of widespread adoption and acceptance of GBL.  GBL exists as a technologically viable solution for a broad spectrum of learning applications in education and a industrial settings.  This has been accompanied by expanded understanding of varied learning styles and needs in the education community and attendant recognition that the experiential nature of GBL is ideally suited to allow a single platform to effectively serve a wide spectrum of learners (Trybus, 2012).  Perhaps because of these convergent educational and technological influences, GBL technology in schools is emerging as a metric of educational quality.

Trybus, J. (2012). Game-Based Learning: What it is, Why it works, and Where it’s going (White Paper). New Media Institute. Retrieved from http://www.newmedia.org/game-based-learning–what-it-is-why-it-works-and-where-its-going.html